A Winning Start for the Dufour 310 Grand Large 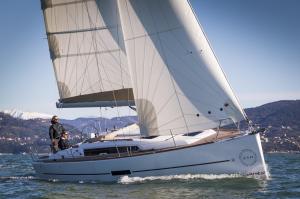 The Dufour 310 Grand Large has has a great couple of weeks. First off, this model was nominated for European Yacht of the Year 2015 and now she has won Italian boat of the year 2014. This was achieved in the best sailboat class.

This is a huge accolade as she was up against some strong competition. To have come out on top, ahead of the Beneteau Oceanis 35 and the Jeanneau Sun Odyssey 349, it shows that Dufour and Umberto Felci are getting something right!

In this the 50th anniversary year of the Dufour brand we appreciate every nomination and award win.

We hope to improve on this going into 2015, as we have two very exciting models launched t, the Dufour 350 Grand Large and the Dufour 382 Grand Large. Both models promise to be a huge hit. 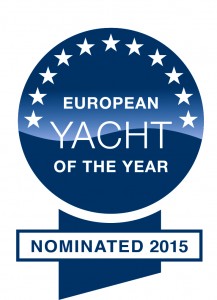 Dufour 310 Grand Large Nomination – She is in the Running for Yacht of The Year 2015!

The Dufour 310 Grand Large has been nominated for the European Yacht of the year 2015. This model is gong to be a huge success and with over 100 boats already, we are extremely proud of this model and it will deserve the recognition of this award. The winner will be announced at the Dusseldorf Boat Show in January 2015.

Network Yacht Sales Plymouth have a Dufour 310 Grand Large here on our sales berth at Mayflower Marina, for any customers interested in viewing this model or a potential test sail please contact or drop by our sales office. 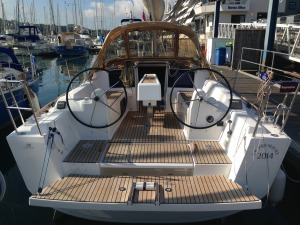